How to Fight Against Male Pattern Baldness

According to numerous studies, it is estimated that each person loses on average between fifty and one hundred hairs per day. However, some people notice more hair loss, either during styling or washing, and this often involves the appearance of baldness. This phenomenon mainly affects men. Indeed, from the age of 50, baldness is a recognized problem for more than 50% of the male gender. But it can appear much earlier in a man’s life; some testify that their hair loss started as early as their twenties. So, what are the possible solutions to this phenomenon which affects so many men? What is essential to know about male pattern baldness? How can we fight against male pattern baldness? In this guide, we provide answers with hair care experts, Starks.

Understanding What Baldness Is

In order to better understand how baldness can appear. It is essential to understand the functioning of the cycle of your hair, also called the hair cycle. It mainly develops in three stages. First, there is the growth phase, called the anagen phase. It is during this period, estimated between two to five years, that the hair develops gradually. Second, we find the transition phase or catagen phase, during which we observe a halt in hair growth. This phase generally lasts two weeks. Finally, we go to the telogen stage, or rest stage when the hair loss occurs.

In the case of baldness, the hair cycle is disturbed. The periods of the different phases are shortened and thus promote a rapid loss of hair. The first phase of the hair cycle changes the most; the growth of the hair becomes much shorter and more quickly gives way to the transition phase. This phenomenon creates a dysregulation of the hair cycle, which requires a faster cycle renewal. And since we know that each person has an average of twenty hair cycles throughout their life, we understand that baldness comes from premature exhaustion of hair cycles.

What are the Origins of Baldness?

Apart from the fact that the hair cycle of people with baldness is shortened, there are various causes that can also explain premature baldness. Indeed, many factors can be identified in the case of male pattern baldness, as the Starks experts explain to us. On the one hand, there are hair practices that are too aggressive for certain scalps, such as coloring, smoothing or even the use of certain shampoos that are not adapted to the type of hair you have. On the other hand, it is also observed that men who are victims of baldness can have a poor dietary balance, thus causing deficiencies which promote hair loss.

But the main cause of male pattern baldness is genetics. This type of baldness is called androgenetic alopecia. For most men with baldness, it is easy to observe that if their fathers or grandfathers were bald, then they are at a much greater risk of being subjected to a problem of premature hair loss as well. In addition to the hereditary aspect, baldness can also result from a significant production of hormones. And we’re mainly talking about male hormones, such as testosterone, which are responsible for the acceleration of the hair cycle, until it is exhausted. This is why baldness affects many more men than women and they pass this characteristic on to their descendants.

But after having identified the different causes that can be the origin of baldness, it is possible to understand why you are suffering from baldness and thus to fight against its development. In the case of an unbalanced diet, for example, it can be remedied by changing the way you eat. Or when it comes to using products that are too aggressive for your hair, you can instead choose less aggressive products, such as organic shampoos. But there are many other ways to fight male pattern baldness, as we will discuss.

The main solutions to combat male pattern baldness, according to its stage of advancement

Obviously, not all baldness is the same. You may have seen it, but there are different stages in the hair loss process. Thus, the solutions are numerous but not always adapted to each type of baldness. This is why Starks experts believe that it is essential to find a suitable solution according to the progression of the baldness, in order to test solutions that are initially fairly simple before considering more complex solutions. To better understand which solution is best suited to your case, it is essential to examine yourself via the Hamilton classification, as explained below.

The Hamilton classification to better identify the degree of alopecia

During the 1970s, two American scientists developed a scale to accurately assess the progress of baldness:

During this first phase, the man is not yet affected by baldness but he presents a head of hair simply less full than before. This slight baldness usually appears at the front of the skull or above the ears.

As with the previous stage, baldness is not yet clearly visible. However, the thinning is observed in a more accentuated way, in particular at the level of the front of the skull, where a progressive but still slight digging appears.

At this point, the baldness begins to be more visible. There is indeed an increasingly pronounced digging at the front of the skull but also a thinning of the temporal gulfs.

After the increasing digging of the frontal and temporal zones, the vertex also begins to be affected by the phenomenon. As a reminder, the vertex constitutes the top of the skull.

Stage 5: The Frontal and Temporal Zones Join the Vertex

Once the vertex is reached, the baldness continues to spread until it creates a global area which causes alopecia of the frontal and temporal areas to lengthen to the vertex.

Stage 6: The Back of the Skull is Affected

This stage is generally reached after the age of fifty or sixty. But it nonetheless causes the development of alopecia behind the vertex.

The final stage of Hamilton’s classification presents near total baldness, also known as Hippocratic baldness. It is characterized by almost total alopecia. The only areas of the skull that are not affected at this stage are those located at the nape of the neck and around the ears.

From Stage 1 to Stage 3: Many Solutions are Possible

Whether you have alopecia or not, taking care of your hair is essential. Indeed, this is the first solution in order to prevent any development of more pronounced alopecia. And when it comes to hair care, there is no shortage of solutions.

First, you have to know how to use the right products. The experts at Starks prefer shampoos based on plants or other natural elements that bring softness to your scalp and avoid any risk of aggression likely to worsen incipient baldness. You should also avoid washing your hair every day. Washing with the right products, two to three times a week will be enough to keep your hair clean while avoiding damaging it unnecessarily.

Besides the right selection of suitable shampoos, there are other simple solutions to avoid alopecia. We are talking in particular about solutions linked to food, because yes, the diet can impact the appearance of a bald head. It is therefore advisable to avoid eating fatty elements which could encourage male pattern baldness. In addition, it is recommended to eat a balanced diet, favoring foods containing a lot of iron and vitamins, which will also make your hair shinier.

From stage 3 to stage 5: a large number of solutions remain possible

From a relatively advanced stage 3, a good diet and regular maintenance of the hair are no longer sufficiently effective solutions. At this time, it is possible to opt for more suitable solutions. Starks experts recommend that it is best to seek medical treatment at this point. There are several treatments capable of considerably slowing the development of alopecia during these stages.

On the one hand, there is the option of hair care especially dedicated to baldness. Generally, these are lotions made from minoxidil. This component of the lotion is known to slow hair loss but also to prolong the hair growth cycle. It is necessary to apply the lotion regularly for a period of a few months before you see satisfactory results.

On the other hand, hair lotions can be added to other medical treatments. One solution consists of regularly taking tablets containing finasteride. These tablets act directly on male hormones, which are responsible for the disruption of the hair cycle. Thus, by combining these two medical solutions, it is possible to greatly delay the progress of alopecia.

From stage 5 to stage 7: Hair Implants and Dermopigmentation are Effective Solutions

Once baldness is well established, the situation can still be resolved. Even with developed alopecia, solutions are perfectly suited and able to meet the demand of many men suffering from severe baldness.

To remedy this, Starks experts offer personalized support and advice based on the needs and desires of each patient. But the two flagship solutions offered by Starks concern dermopigmentation and hair transplantation using the FUE technique. Both of these solutions require surgery, performed by surgical specialists able to help patients regain their hair.

Dermopigmentation, an Innovative Intervention by Starks

Dermopigmentation consists of a surgical intervention carried out by true professionals of the aesthetic universe. Like tattoo artists, they will draw light dots on the areas with baldness, giving a shaved effect to the patient’s skull.

However, there is still a difference compared to the practice of a tattoo artist. Professionals capable of performing dermopigmentation use medical ink, specifically adapted to this kind of practice. The ink is therefore different from that which one can find in a tattoo parlor because it is of better quality and it offers a better conservation in order to create a satisfactory result in the long term. Dermopigmentation requires between two to three sessions for an immediate and lasting result.

Among the various existing techniques related to hair transplantation, the most effective by far is the FUE technique. It is used to extract hair located in a well-stocked area of ​​the skull in order to transplant it to the areas affected by alopecia. The FUE One-Touch technique developed by Straks is incredibly effective. This manual intervention is performed by a doctor specialized in this type of hair transplant because it requires significant know-how and perfect control of the procedure. The FUE transplant allows grafting more than 6000 hairs, it is carried out in one session, under local anesthesia for an optimal result about two months after the intervention.

Ultimately, it can be said that there are many ways to combat male pattern baldness. Depending on the stage of the issue, and based on the Hamilton classification, it is always possible to find solutions, such as lotions or drug treatments. And if your baldness is more pronounced, you can always count on Starks who will be able to find the solution adapted to your need.

Thanks for viewing this post. Starks currently provides age management solutions in clinics located in France and Italy. Please click below to read this article in one of these languages. 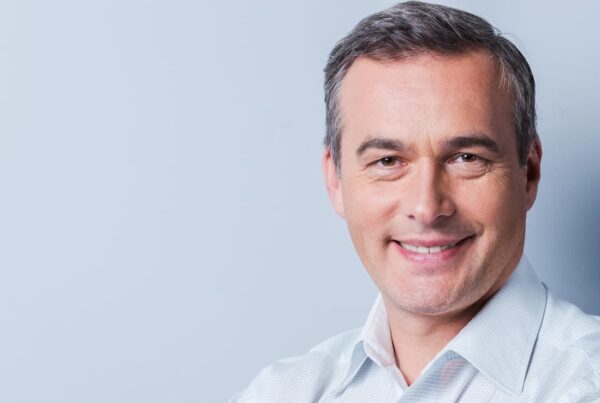 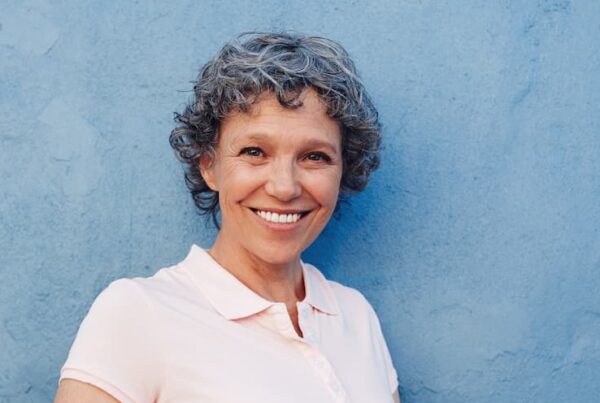 How Does My Hair Change as I Age? 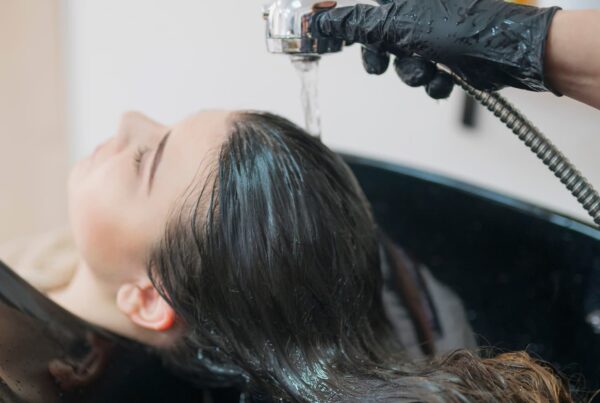 How Often Should I Wash My Hair?